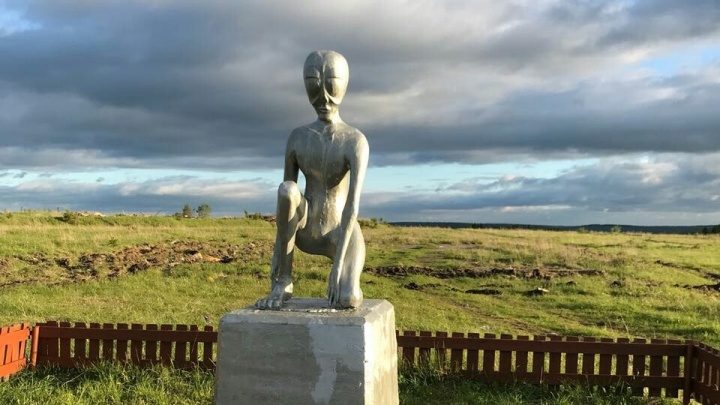 The anomalous zone called the Molebsky Triangle is located on the border of the Sverdlovsk Region and the Perm Territory. The area of the zone is more than a thousand square kilometers. Hundreds of people who attended the Prayer Service share their unusual feelings about this place. Someone experienced an unprecedented surge of strength in this zone, someone-a paralyzing fear. Some have seen aliens or heard unexplained sounds: screeching and screaming. Some visitors suddenly realized all the dreams made in this place. The equipment also does not lag behind — it inexplicably breaks down or suddenly discharges. The clock begins to hurry or, on the contrary, it is very far behind.

The authorities of the Perm Region once went out of their way and made sure that as many tourists as possible visited the mysterious zone. And the idea was a success.

The mysterious zone was discovered by the Perm geologist Emil Bachurin in the 80s of the last century. Once in this area, he saw a certain spot descending to the ground. At the place where the object’s flight supposedly ended, the geologist found a round footprint with a diameter of 63 meters. And I met an alien. The guest telepathically reported that he had arrived from the constellation Volopas and had no bad intentions. Later, a representative of the local administration admitted that Bachurin, a native of Molebka, could simply invent everything. But he could speak confidently, so they believed him.

They talked about the Prayer service earlier. Peasants in the 30s of the 20th century reported seeing “black figures” and balloons in the sky in the zone.

One of the local attractions is a plate. The plate is a favorite » attraction” for tourists. The rays of light from the earth rush into the sky and form a beautiful sphere. The sphere shimmers and looks spectacular. Adventurers suspect that this phenomenon is of an alien (or mystical) nature.
Scientists: In the Molebsky triangle there are geological faults filled with quartzite. When the rocks move, a glow appears. Some experts claim that the sphere is just a glow from the lights of the Berezovskaya gas pumping station.

The pyramids that can be seen in the Prayer Service, those who want to believe, were often mistaken for traces of unknown civilizations. The place with the » pyramids” is quite remote. The stones are neatly stacked in the form of small pyramids. Ufologists claim that energy measurements of these «installations» have shown that each of the pyramids emits a focused flow of energy from its vertices. Allegedly, the tops of the pyramids are «beacons» for orientation in the space of UFOs.

Scientists: the pyramids are slag, the remains of the old copper smelting production. There is also an opinion that the pyramids were made specifically by people — to please alien hunters. The measurements do not record any special special energy in the buildings.
Yeti Forest Man
Yeti can’t help but be found in such a mysterious place filled with impenetrable forests. Carcasses of animals-hares and beavers-the forest man sometimes throws up to the houses of local residents. In the forests, it is also sometimes lucky to notice traces of size 54. Sometimes the yeti has fun whistling-women run screaming into the houses, men are also scared, but the thirst to catch the insidious animal prevails. And they answer the forest dweller with whistles. It is believed that with its whistle, the yeti expels strangers from its territory. Therefore, no one dares to go into the thicket under the whistle: you never know. All right, the size of the paw is 54.

Experts catch bigfoot, as a rule, on monkey pheromones. Or on other things that are attractive to this forest dweller — mannequins or food. Until the forest inhabitants are caught. But attempts are made almost every year by enthusiasts.

Scientists-researchers of the zone claim that most of the stories are the invention of exalted tourists. Anomalies with compasses, clocks, and cellular communications can be caused by iron ore deposits. Gases accumulating underground can cause quite unusual sensations for tourists sleeping in tents. But there is nothing mystical here. The interviewed locals did not see any UFOs, Bigfoot, or spaceships.

Over time, quite a lot of people appeared in the Prayer Room who wanted to make money on the naivety of tourists: cosmoenergetics, contactees, psychics and other various gurus for “fixing at high frequencies” chose the Prayer Room.

Professionals, however, record the presence of a strong biolocation anomaly in the Prayer. The zone is located above a fault in the Earth’s crust. This fact can change the energy in a certain way. 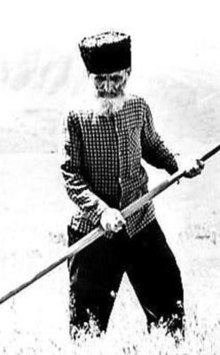 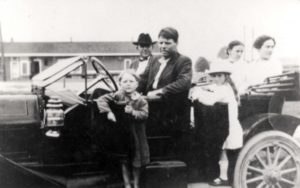 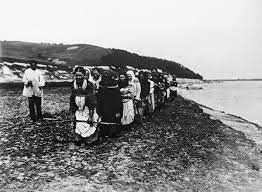